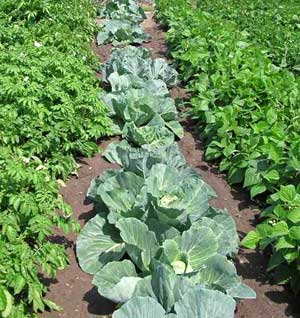 I have been looking in college textbooks for verification of the use of molasses in a soil program and have finally found one. The book is called Microorganisms At Work. In Chapter 43 of this book it talks about how molasses may be useful in a soil program to take free nitrogen from the air and make it into a form that can be utilized by plants. The process is called nitrogen fixation. This process converts free nitrogen into nitrogen based chemical compounds or organic compounds.

It is estimated that over every acre of land there are some 35,000 tons of free nitrogen. Nitrogen is essential to life, yet not a molecule of this air nitrogen can be used by higher plants, animals or man without the intervention of the nitrogen-fixing microorganisms. Nitrogen-fixers enzymatically combine atmosphere nitrogen with other elements to form nitrogen containing compounds in living cells.

The compounds formed are proteins, poly peptides, peptides and amino acids. These organic compounds are then oxidized if broken down by other bacteria into ammonia, nitrite and nitrates plus carbon dioxide and water. The nitrate form is the most readily available form of nitrogen. It is also the most leachable once it reaches the nitrate state in a soil medium.

It has been shown that by adding carbohydrates to the soil, in a form such as molasses, starch, wastes or sugars, that nitrogen accumulates. This happens through the growth of the azotobacter and other nonsymbiotic nitrogen-fixing organisms. The nitrogen combined in their structures is taken from the atmosphere and is released in organic form as secretions and on the death of the bacteria.

It must be understood that azotobacter needs a well aerated, neutral or slightly alkaline soil. This is why I insist that when you apply molasses to the soil it needs to be near the surface where the air is, so that the azotobacter can have both air and energy to take nitrogen from the air.

It is also important to add calcium nitrate along with the mixture to make sure the pH is on the alkaline side. This is especially true in acid soils so that the bacteria can be efficient in extracting nitrogen from the air enzymatically.

I recommend a lot of liquid fish, sea weed and soft rock in soil programs because they contain a natural source of molybdenum and vanadium. I also think if you look at the media formula and see the need for magnesium, iron and potassium, that is why sol-po-mag works so well.

Listed below are some formulas that I have worked out for spring planting. 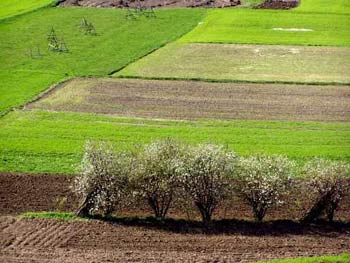 It's also very important to get a grade of molasses that is pure and does not contain corn distillers solubles, which is often added to feeding molasses. This would not be good to use because it will not go through a sprayer. The best to use is pure cane molasses with no additives. This product is very difficult to pump, especially in cold weather, so it's a good idea to add water or thio sol to the molasses as you are loading it into your tanks or else you will need to heat in order to pump.

The above formula is the cheapest way to go if you can find all the products. If they are not readily available, consider using liquid calcium put out by Trans National Ag or J & J Products.

Liquid Calcium contains sugars plus calcium and nitrogen and is an excellent product. Use the liquid calcium at 2 - 4 gallons per acre in place of the calcium nitrate, molasses and thio sol. I would still use liquid fish if possible.

If you have the proper weather conditions, a calcium reading of 2000 pounds or more on the Lowottee soil testing method and you apply this formula using the calcium nitrate or liquid calcium, it's possible to have nearly 100% weed control.

I have seen this several times and have reports to this effect. It does not work every time, but neither do herbicides. For the most effective weed control the soil needs to be moist when this is applied, have a soil calcium reading greater than 2000 pounds per acre and a phosphorus reading greater than the potassium reading. If these criteria are met, you should have a good crop with good weed control.

If you use this concept be sure to have a soil and leaf analysis done before the last cultivation to see if you need more nutrient for a successful crop.