The Concepts Of Energy And How It Affects Crop Growth 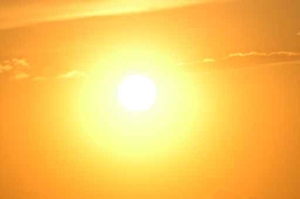 Units of energy - anions and cations

It has been some time since we have had a newsletter on the concepts of energy and how energy affects crop growth. I have been reviewing Dr. Reams old notes and cassette tapes concerning energy principles, and felt this would be a good time to review them with you also.

First we must all understand that ultimately all energy originates from the sun. The sun, which is some 93 million miles from the earth, bombards the earth with very small, negatively charged particles of energy. These particles can travel through walls and buildings. Dr. Reams called these charged particles anions and defined a single anion as the smallest known particle of energy. He further stated that anions spin or rotate in a clockwise direction. The light you see when you burn something is anions being liberated from the mass. Mass is made up of atoms, and according to Dr. Reams concept of energy and plant growth, atoms are made up of anions and cations.

The importance of understanding where energy comes from and how it works in crop growth is vital to a complete understanding of fertilizers and plant growth.

First of all, lets take a look at the hydrogen atom. Hydrogen is the simplest and lightest element on the periodical chart of elements. Hydrogen contains one nucleus and one electron or one cation and one anion. The anion and cation can switch places or direction of spin which makes it an isotopic element.

The direction of spin in an atom of hydrogen is affected by external forces. The forces which are the strongest determine which way the hydrogen atoms spin and also determine the pH of a soil. One of the external forces which influences the spin of the hydrogen atom is calcium. There are other elements that can affect the spin and soil pH also. Examples of this are magnesium, aluminum, potassium, and nitrogen. This is why you cannot always depend on the pH reading to determine calcium needs. Calcium comes in many forms and kinds. Each source or deposit of calcium will influence a given soil differently, some it will influence more than others.

The intensity of anions and cations in any substance that you apply to a soil is the direct reason some substances give better results than others. This means the various fertilizers have different levels of energy within the electron shells of the atoms that make them up. If one knows and understands this, it becomes much easier to understand why one fertilizer may work better than a similar product of like analysis.

Calcium, for example, has an atomic weight of 40. By definition, the flow of electrons around the nucleus travel in a clockwise direction while the nucleus travels counter clockwise. This means that calcium has 40 electron shells traveling in a clockwise direction with each electron shell having an energy potential of 1-499 as stated earlier. The single cationic nucleus of the calcium atom can have an energy value of 500-999 by definition. This means in its lowest energy state one atom of calcium would have 540 units of energy, and in its highest state it would have 20,959 units of energy. 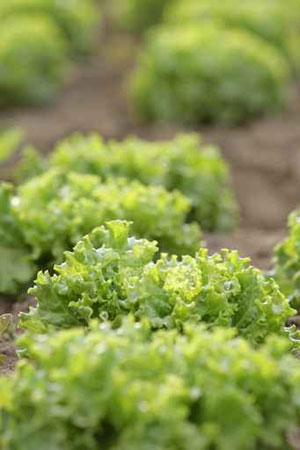 The time it takes to grow a crop to maturity also affects the speed at which you want to release energy in a soil. This fact affects the rate and frequency at which you apply fertilizers. Once you know the energy and solubility of a plant food plus knowing the kind of crop to be grown you can begin to plan a program for that crop.

The higher the energy and concentration of a plant food, the more important it becomes to understand the physical properties of the soil you intend to apply the product to. If you take a high acid fertilizer that has a high energy state per molecule it is important to know how much alkaline energy is in that soil to counteract the acid before you have too much and severely burn crop roots. If there is too much acid the crop roots can be burned causing loss of water out of the plant and either kill the crop or greatly reduce potential yield.

Soil organic matter, moisture and temperature also affect the amount and type of plant food you should apply at one time. The lower the moisture and the higher the temperature, the more careful you need to be when applying high analysis salt based fertilizers.

One method I like to use when applying high analysis liquid fertilizer is using water to dilute the concentration of nutrients per volume of solution and yet increase the energy per measured volume. When planning a crop program using energy concepts-you use much more water in your mixes during warm, dry weather than you do in warm, wet weather. If you do not, you will burn the crop.

There is one exception to this. That is the amount of ammonia present in a soil at the time you are planning a nutrient application to a crop. If ammonia is present in sufficient amounts the soil temperature will remain fairly stable even though the air temperature is quite hot or cold. The reason for this is when you heat ammonia it freezes and when you cool ammonia it will heat. This fact can really throw a monkey wrench into a soil fertility program.

Another problem is nitrogen. It is an isotopic element in soil chemistry from an electrical energy point of view. This means that external electromagnetic forces in a soil can switch nitrogen from ammonial to nitrate or back again, and your added fertilizers can do this also. That means today everything can be just fine and tomorrow everything could potentially be out of balance for a particular crop.

Every year is different

I guess this is what keeps soil science interesting and challenging. The more you understand that different fertilizers with the same lab analysis can have different energy levels and changing weather conditions cause changing soil conditions, it should be easier to reason that the fertilizer that worked so well this year may cause a crop failure next year. Fortunately this does not happen that often that a program used last year gives a crop failure the next year. What really happens in most cases is the program that worked so well last year may really limit your potential yield this year.

If you are going to keep improving a soil you cannot keep doing the same thing year after year. If you are going to improve yield and crop quality you will need to make minor and sometimes major changes each year. If you do not you will get a build up and maybe even an excess of some nutrients and a deficiency of others. The result is limiting your yield potential.

For example I have had a number of accounts put on 200# of ammonium sulfate per acre as the only source of nitrogen and grow very successful crops for a couple of years and then production declines. The reason it works so well at first may be the soil is short on sulfate which has a very positive effect on stimulating soil bacteria. Too much sulfate however can have a negative effect.

Ammonium sulfate is also quite acidic and there may not be enough alkaline nutrients in the soil to counter this type of acidity. The result can be a greatly reduced crop yield versus what could have been had you chosen a different nitrogen source.

Change is very difficult for many people. A very sophisticated soil program is not for everyone and so we slow down the rate of change from year to year. For others we can go full steam ahead. 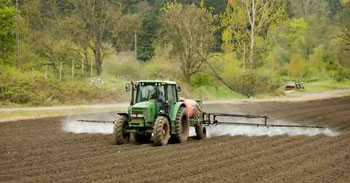 The effects of fertilizers on a given soil is greatly influenced by the activity of fungi and bacteria in a soil. The more dormant these life systems in a soil the easier it is to use the same program year after year and do fairly well, as long as it rains on a regular basis or you have irrigation. The only problem is that over time this type of program causes more disease problems and destroys soil structure, especially if you use all pure manmade NPK fertilizers.

Once you start working in the biological realm, many of the rules you thought to be true about soil science change. This is difficult for many to accept and as a result vested interest groups have done a pretty good job of slowing down change by legislating their ideas into law. The only problem is soil bacteria and fungi do not read the laws and when conditions are right they just go dormant until conditions are right again. In the mean time we put on more plant food (herbicides, insecticides) on our crops to get the same yields. It would be much wiser if we would learn to work with these little creatures and let them manufacture many of our plant food ingredients. If we would take the time to do this we would not be polluting our ground water and air near as fast.

The bottom line is this, nitrogen is our principle commercial input nutrient to grow most crops yet over each acre there is estimated to be 45 ton of nitrogen in the air. The more commercial nitrogen we apply to each acre the lazier the fungi and bacteria become in the soil and the less they process from the air for us. We need to reawaken these little creatures and put them back to work for our very survival. This means proper liming, adequate carbons in the form of organic matter, air and water. Then we can greatly reduce our imputs of one of the most expensive soil nutrients we are currently using.

Research has shown that once you put much more than 50 pounds of nitrogen on an acre at one time you greatly reduce the soils own ability to produce nitrogen. Our future on this planet depends on each of us learning how to properly recycle carbons and nitrogen back into the soil for healthier crops and less pollution.